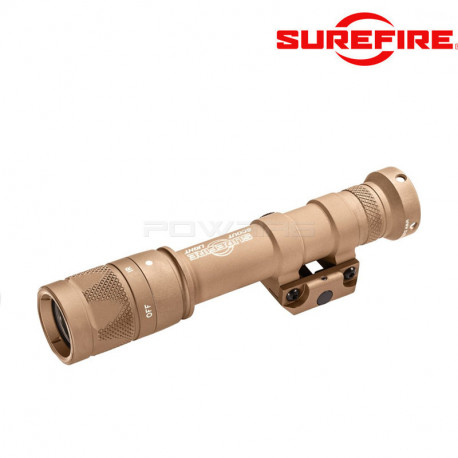 The SureFire M600V provides both white light and infrared illumination powered by a single 123A battery. Select the appropriate spectrum for the situation at hand by simply rotating the bezel. This rugged WeaponLight features SureFire’s proprietary TIR lens, a far-reaching, high-intensity beam with ample surround light. The rugged M600V easily and securely attaches to MIL-STD-1913 Picatinny rails via its integral thumbscrew clamp and is activated by clicking its pushbutton tailcap switch. Constructed of lightweight aerospace aluminum, with a Mil-Spec Hard Anodized finish, and O-ring sealed to keep out the elements, the tough M600V will endure combat-like conditions without any sacrifice in weapon maneuverability.

See all products from Surefire